Home › News and Reviews › Is your car one of the most stolen models in Australia? Tips to keep your car safe from auto theft

Is your car one of the most stolen models in Australia? Tips to keep your car safe from auto theft 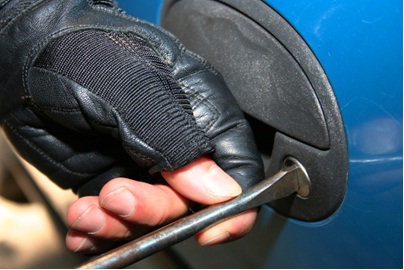 Ok, perhaps a drum roll isn’t appropriate for this kind of news – but if you own a Holden Commodore, Toyota Camry or a Nissan Skyline, you may be dismayed to know that all of these car makes topped the list of the most stolen car models in Australia for 2010/2011, according to the National Motor Vehicle Theft Reduction Council.

The Australian Institute of Criminology reports that Australia has one of the highest rates of motor vehicle theft in the world. A whopping 82,900 motor vehicles were stolen all around Australia between 2009 and 2010, and while this figure dropped slightly in 2011, the numbers are still high enough that all car owners should be wary and vigilant when it comes to the safety and security of their vehicle. Vehicle theft costs the community an estimated $1 billion each year, so there’s still a long way to go.

The government is constantly working to reduce Australia’s vehicle theft rate, but it’s an ongoing process. Luckily, there are plenty of things you can do for yourself to help keep your pride and joy safe from vehicle theft.

Tips to help prevent having your car stolen:

What are your top tips for keeping your car safe from thieves?

Contact us regarding our great range of new and used cars today.