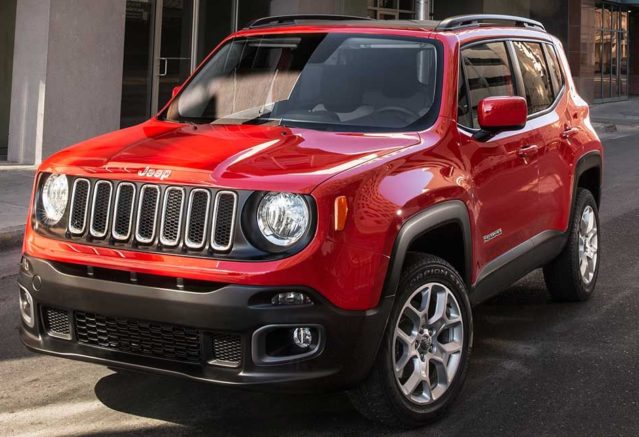 Adventure-hungry explorers, cross-country mavericks, and weekend picnickers alike are rubbing their hands together for the upcoming release of Jeep’s latest offering, the compact SUV Renegade. Why do we think the Renegade will prove to be an ideal option for all kinds of lifestyles?

Australians were given their first peek of the Jeep Renegade at the beginning of the year, and in the months following the automotive industry has been buzzing with excitement about this late model addition.

Jeep sales in Australia exploded in 2012 with the launch of their Compass and Grand Cherokee models, and have remained strong, cementing Jeep’s position as an industry leader in the SUV market.

The impending launch of the Renegade, which boasts an already-cramped trophy cabinet, will thus undoubtedly have new Australian buyers shouting, I bought a Jeep!

For those wanting Jeep’s renowned performance-luxury without crowding the garage, the space-efficient Renegade is the perfect choice.

Set for official Australian release this month, the Renegade will be Jeep’s smallest offering. But it’s a big deal for consumers, according to Jeep CEO and President Mike Mansley. The compact SUV segment is the market’s fastest growing, he says, and the Renegade doesn’t sacrifice any of the rugged quality associated with the Jeep brand.

Jeep has kept pricing and vehicle specification details cloudy prior to the Australian launch. But the in the US, four Renegade models are available:

Australian buyers are waiting to see what, if any, modifications the Australian Renegade range will include. However, the Renegade is expected to come in both front-drive and 4WD models, with the “Trail Rated” Trailhawk 4WD geared towards the more adventure-thirsty buyers.

It looks as if Jeep’s smallest SUV offering will satisfy the performance and comfort needs of a large customer base, and we expect it to be an in-demand option for a range of lifestyles.

The Renegade maintains the high quality standards that draw so many Australian buyers to Jeep cars. With a two-toned interior adorned with metal bezels, leather-trimmed or premium cloth seats in varying colours, and a seven-inch digital driver’s display, it is no wonder that the Renegade’s thoughtful design was awarded Ward’s Best Interior.

One of the most exciting features of the Renegade is the unique My Sky open-air roof. The dual panel design allows you to retract or completely remove panels, which store flat in a height-adjustable rear cargo area.

The Trailhawk 4WD model is the crowning jewel of the Renegade range, designed to be an on-road friend and off-road demon. The raised ride height gives a total of 210mm of ground clearance, which compliments the modified front-end designed for tricky approach angles when getting into serious off-roading.

The adaptive terrain selector makes the Trailhawk the ultimate off-roading crossover. Drivers can dial in on sand, snow, mud and rock settings, and also have hill descent and 4WD lock modes at their disposal.

Based on Fiat’s 500L crossover, the Trailhawk doesn’t sacrifice on road comfort for off road prowess. Top-notch interior features in keeping with Jeep’s renowned quality reputation make for an unforgettable driving experience on all terrains.

The compact SUV market is the fastest growing in the Australian automotive landscape. The Jeep Renegade will directly challenge comparable offerings from a number of other manufacturers, and is expected to disrupt the current favourites.

The Holden Trax hit the market in 2013, and has many of the features that the Renegade boasts, including 7-inch driver display and more recently a glass sunroof. With newer offerings like Jeep’s Renegade poised to launch, Holden have scrambled to keep their small SUV option relevant. However, it has been criticised for its lacklustre cabin materials, and doesn’t hold a flame to Jeep’s forthcoming releases.

Ford’s 2014 entry into the small SUV market with the EcoSport also misses the mark with genuine off-road performance. It has been criticised for its heavy rear doors, transmission rigidity and clunky cabin materials. As the CarsGuide says, you can’t confidently consider the EcoSport a genuine 4WD due to its lower ground clearance.

Another compact SUV preparing to take a battering from the Renegade’s superior product is the Peugeot 2008. The 2014 design is restricted to an automatic 1.6-litre 2WD. The Renegade’s demonstrated off-road performance capabilities, particularly with the powerhouse Trailhawk option, make Jeep’s new range the crossover SUV that Australian buyers have been yearning for.

A shiny fleet of Renegades hot off the press will soon grace Australian shores, so for expert safety, pricing, financing and operating advice, call in to John Hughes today and become the proud owner of Jeep’s exciting new offering.