Home › News and Reviews › Cars that communicate and drive themselves: Fords’ automotive vision beyond 2025

Cars that communicate and drive themselves: Fords’ automotive vision beyond 2025 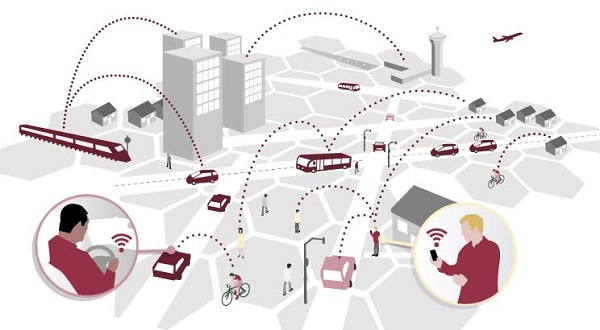 A couple of weeks back, Ford announced a new partnership with MIT and Stanford University. The partnership will focus on self-driving cars in an attempt to knead out the current issues with bringing these rob vehicles to the masses. The new partnership puts Ford in competition with search giant Google’s Lab X, who are focused on the same hefty task.

Innovation at Ford is not hard to come by – it was just last year that the automotive giant gave its “Blueprint for Mobility” presentation, looking at the direction of the automotive industry in the decades to come. Some of the interesting predictions from the presentation include:

From tomorrow to 2025 and beyond

In terms of goals, there are plenty of exciting developments in the pipeline. In the next 5-7 years, Ford hopes to see “developmental projects such as the vehicle-to-vehicle warning systems currently being explored at Ford’s European Research and Advanced Engineering Centre in Aachen.” In this short period there will also be “limited autonomous functions for parking and driving in slow traffic” that will build on existing Ford features.

2017-2025 goals include “semi-autonomous” driving technology that will provide improved accident avoidance and driver assistance features. Building on the short term goals, there will be “significantly more interaction between individual cars on the road through the utilization of ever-increasing computing power and numbers of sensors in vehicles.”

We can also hope to see “the emergence of an integrated transport network” with cars plugged into a public database, and new city centered vehicles for just one, two or three passengers.

Ford suggested that from 2025 we will see the “arrival of smart vehicles capable of fully autonomous navigation, with increased “auto pilot” operating duration, plus the arrival of autonomous valet functions, delivering effortless vehicle parking and storage.”

Where to from here?

Self-driving vehicle research at Ford will definitely be given a bump in a right direction with the latest partnership. For now, we get to sit back and watch the race between Google and Ford to get the first commercial vehicle on our streets.