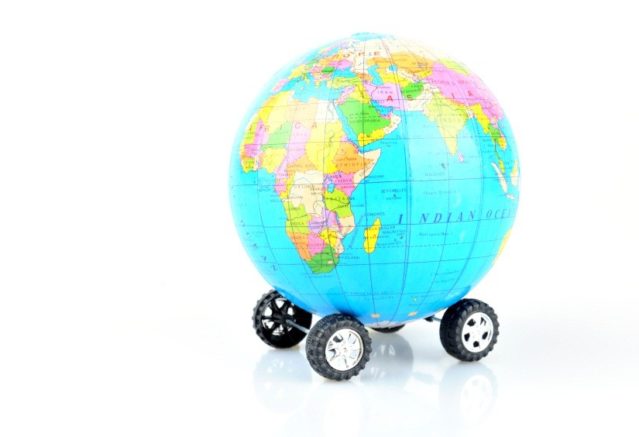 A Car Show Road Trip around the world

We love car shows here at John Hughes. New car models, exciting concepts, technological developments, designs and exhibitors – it all gets our pulse racing faster than a new Bugatti Veyron.

If you’re tired of obsessively clicking through every single photo, video and piece of online content from all the major international car shows every year, there is a way you could get in amongst all the action.

Here’s what your hypothetical itinerary would like if you toured around the world to hit up all the greatest international car shows on the globe. Private jet optional (but strongly recommended…)

With just enough time left in the year to book your tickets and get going, kick off your Car Show world tour with the Johannesburg International Auto Show, the largest international automotive event in South Africa. Held every two years, it also runs in conjunction with the Johannesburg Truck Show, so there’s something for everyone. South African Airways offer direct flights from Perth, so getting there from Oz will be a breeze.

Determined to demonstrate the resilience of Japanese manufacturing to the world after the earthquakes and tsunami disasters this year, the organisers are going all out for this year’s show, with 15 Japanese brands and 22 brands from abroad ready to exhibit.

Next, you’ll find yourself jetting up to North America for the Canadian International Auto Show. Held in the Metro Toronto Convention Centre, a world class state-of-the-art exhibition space, the show will dazzle you with superb displays of design and innovation in the automotive fields.

Next up, it’s time to take a brief break from North America to head over to the Geneva International Motor Show. First held in 1905, the show is considered to be one of the most important motor shows every year, and year’s instalment will be held in March.

New York, New York. It’s where you’ll be heading once you’re done in Switzerland. The New York International Motor show is always an exciting one, with previews of concept models, displays and demonstrations to get you excited.

Round off the year with the Abu Dabhi International Motor Show. Held every two years, the show is the largest of its kind in the Middle East, and will have you satisfied with plenty of launch premieres and concept cars on display.